More4kids
Add Comment
The Nintendo Wii can help to increase Fitness and Encourages Family Activities. It is in high demand this year, as it has been since it was first released. It isnâ€™t only seasoned gamers who are asking for this game console, the Wii has appeal to everyone. Here is more information on this product and accessories...

The Nintendo Wii Increases Fitness and Encourages Family Activities. It is in high demand this year, as it has been since it was first released. It isn’t only seasoned gamers who are asking for this game console, the Wii has appeal to everyone.  Some places are limiting how many can be purchased per household each month to try to keep up with supply and demand. One console can be used by 4 players at once so the only reason families would have to purchase multiple consoles would be to use as gifts. And these make great gifts. Age doesn’t matter; the Wii has something for everyone from preschoolers to seniors.

This isn’t your ordinary sit-on-your-butt-in-front-of-the-television type game. This game console has put active into interactive games. The Wii comes with Wii Sports, a set of sports that can be played with the Wii console and Remote individually or in groups. Players control their onscreen characters by their movements.

The familiar game controllers of the past that require players to use their thumbs to push buttons as fast as they can aren’t used with this game. The Wii remote and (for games that need more than one handed play) the Nunchuk wirelessly control game play. The remote senses the players’ movement using the sensor bar and Bluetooth technology.

Parents don’t have to worry about their kids sitting all day playing mind numbing games. This game console brings activity back into after school activities. Children aren’t sitting down passively playing these games; instead they are able to play baseball in the family room without breaking anything as well as playing tennis. These games are fun and players are getting physical activity while playing them. The exercise that game players get while playing with the Nintendo Wii can help to increase circulation and increase coordination so players are able to increase physical health while playing video games. What more could parents ask for?

Wii was designed to put family back into family time. Family members who may not have enjoyed video gaming before are finding the interactive play with the Wii is addictive fun as well. Grandparents can take their grandchildren bowling in the living room. The physical agility needed in these sports is helpful in game play as well.  Siblings are able to play together or against one another with the Wii. People who haven’t played traditional video games are often able to get the hang of using the Wii remote faster than seasoned players.

The Wii has WiFi capabilities and can be used to leave notes for family members (instead of pinning a note on the fridge) as well as sending emails to computers, cell phones and other Wii consoles. You can access the internet on the internet channel and even check the weather online anytime. Players can download games for the Wii using Wii points as well.

If you are an older game lover you will need to pick up the classic controller as it is needed to play games that you loved back in the 80s and 90s. Wii has the ability to be used to play more than 150 of the games from older systems including NES, Super NES, Nintendo 64 games, TurboGrafx-16 and Sega Genesis games. More games are being added as time goes on.  Virtual console games can be purchased for $5 to $10.

Wii Fit is expected to be released in Japan in December 2007 and in the United States in early 2008. This pressure sensitive balance board makes exercising, playing soccer, dancing and playing games with the Wii more interactive than ever before. By standing on the pressure sensitive board while playing and exercising the board you control your character on screen. Whether it is dancing lessons or playing hula-hoop this accessory promises hours of family fun, or ‘exergaming’.

The Wii fit transforms the game console into a personal trainer. Nintendo’s Wii Fit will be used in exercises such as push-ups, yoga, ski jumping and other exercises. Muscle conditioning, Aerobic exercise, yoga poses, balance games, and other power motions were included in the demonstration of Nintendo Fit when it was announced back in July 2007. 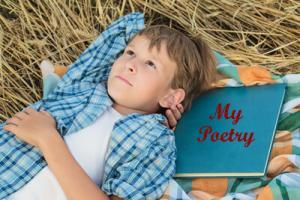 An Old-Fashioned Summer for My Son 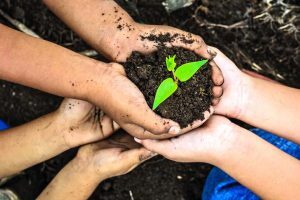 Teaching Kids How to Garden 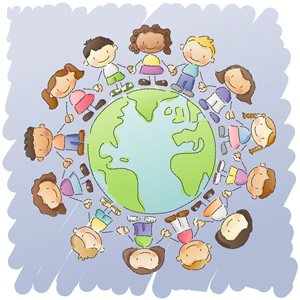