More4kids
Add Comment
Some children that are born that are just naturally independent, and others are less independent. Regardless of how old or young your child is, it is never to early or too late to encourage them to do things on their own. Here are some ideas. 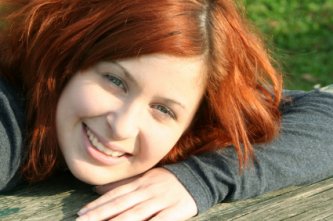 This applies more to school age children who are coming home with homework. I think it is natural for all children to ask for help with their homework… but to a good chunk of children help means they want you to give them the answers. Part of this is because we as parents want to make things easier for our kids so that they don’t get discouraged. In doing so though, we are taking away their independence.
This doesn’t mean you can’t help them. But only help, provide them direction and don’t give them the answer. For example, “How do you spell _____?” We don’t spell the word for our children. Instead we ask, “How do you think you spell it?”

Idea Two: Encourage Them to Try it On Their Own

Some kids will demand the chance to do things on their own. “Let me do it!” I am sure is something that we have all heard at one time or another. When they want to do it on their own, let them. For example the first time they want to dress themselves for school… or for the day, let them… and then let them wear what they put on. Hopefully it matches, and if it doesn’t then say, “Honey, that doesn’t really match are you sure you want to wear it?” Their answer is going to be yes, and they are going to tell you how it matches… let them wear it. Trust when I tell you that as they get older, you will say more than once to them, “Really, that is what you are wearing today?” I call it the hazards of teenagers and their taste in clothes.

My husband and I are very involved with our kids, which I am sure drives them nuts occasionally. We are all always doing things together. When we are doing that we find ways to let them do part of the activity on their own. My favorite example of this is when my husband was taking the training wheels off of our son’s bike and putting a kick stand on it. My husband and our son are a lot alike. They are both very headstrong, and they both want to be heard and they both believe that they way they are doing something is the right way to do it.
My husband couldn’t figure out why the kick stand was not holding up the bike. To look at it, it looked like it was put on correctly and that it should work. Our son kept saying, “Dad, that isn’t the way to do it, it goes like this.” This is the part where my daughter and I just sat and watched. My husband said, “Fine…” he took the kick standoff and put it on the way our son was telling him to put in together… and it worked. My husband laughed and told our son, “You were right I should’ve listened to you.”
When you are cooking, give a part of making dinner to your children. Supervise what they are doing, but let them do it.

Idea Four: Tell Them They Can

Recently I was talking with a friend of mine about her oldest daughter, who happens to be a freshman in college. She has dreams of what she wants to do, and she has a plan on how she wants her studies to go. Her parents though… I don’t want to say they are not supportive… but sometimes what kids want to hear is, “ I know that you can do it,” and not, “That sounds like a great idea…” They need to be encouraged and told that you as their parent have faith in what they want to do and their ability to do it.

Idea Five: Enroll them in Sports

Ok, if your child is not the most athletic person in the world, get them involved in an activity where they are interacting with other kids their age and doing something where their role is important. Whether it is band, or art or football… what they contribute is important to the attaining the goal. This not only will help them become more independent from you, but it will teach them how to work with others to attain a set goal.

Few people are successful the first time they attempt something. For kids it is easy for them to get discouraged and want you to do it for them. DON’T. Encourage them to try again, only practice makes perfect… the only way to get better at something is to keep working at it. Remind them of something that they have mastered on their own, tell them that you know they can do it.

Idea Seven: Be Proud of Them and Their Accomplishments

Don’t compare your kids to one another, and when your child does something on their own and wants to show you… stop what you are doing and go see it. When your son takes the canopy off his logcabin bed and turns it into the front of house with a door and a window cut out of it so he can put on a show for you…smile and tell him how impressed you are with his creativity. I am speaking from experience on that one. It was difficult to be upset with him when what he did was so amazing and he was so proud.

Building Better Relationships With Your Child

Parenting Teens: Breakups and Broken Hearts
Ideas to Help Get Your Teen Talking to You
Comment