More4kids
Add Comment
Here are our family moves favorites for 2008. 2008 brought about many excellent movies for the entire family. There were movies about fearsome animals, movies about interesting adventures, and family movies that took place in another world... 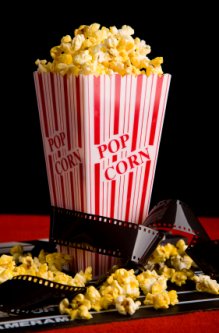 This past year, 2008 brought about many excellent movies for the entire family. There were movies about fearsome animals, movies about interesting adventures, and family movies that took place in another world. With all the great releases this past year, it’s definitely hard to choose the best ones. However, if you missed out on some of the family movies of 2008, here’s a list of some of the top one’s you’ll want to see with the whole family as well as the Editor’s Pick for the year.

One of the most exciting movies of the year was definitely Kung Fu Panda. This movie was about a panda bear that was a bit on the clumsy side who later becomes the kung fu hero of the entire city. Of course no one thought Po, the panda, who worked in the noodle shop with his father, would ever become a martial arts hero, although this is what he’s dreamed of all his life. When an ancient prophecy finally comes to pass, suddenly Po the Panda realizes he is going to have to save everyone from the destruction that is coming in the future. This is a movie that will keep you on the edge of your seat while bringing the whole family plenty of laughs as well.

If you and your family saw the Chronicles of Narnia: The Lion, The Witch, and the Wardrobe, then you will definitely want to check out the second one in the series – Prince Caspian. This was definitely one of the best family movies of the year. This is an adventure and fantasy movie and is especially great for kids above the age of 10, although it is a fairly long move, more than two hours long. One again Peter, Susan, Edmund, and Lucy are back again in this movie and again are called back to Narnia. There they meet Prince Caspian and work to bring him back to his throne and to get Narnia back to the beautiful land they once knew.

For families that already saw the first Madagascar movie, this movie is a must see. All your favorite characters are back, including Alex the Lion. If you remember they were stranded in Madagascar, so they come up with a plan to get back to where they came from – Central Park. They find a crashed airplane and the penguins begin to try to repair it so they can fly home. Soon they get the plane in the sky and they are off, but the penguins aren’t so great at flying a plane and everyone crashes in Africa. This is just the beginning of the adventure, as these animals get back to their jungle roots, deal with homesickness, and even a bit of romance along the way. Definitely a movie that will have the whole family laughing the entire time.

For a movie that is a bit more serious, yet full of adventure for the entire family, Nim’s Island is a great choice. This movie is about a little girl who happens to live with her father who is a scientist out on a tropical island. Her father’s boat has a problem and he ends up being stranded, so she is left to fend for herself. While her father is gone, tour companies begin to cause problems on the island of paradise and she realizes she is going to need some help from an adult, so she emails the author who wrote the book she happens to be reading. Starring Abigail Breslin from Little Miss Sunshine, as well as Gerard Butler and Jodie Foster, this is a movie that your family won’t want to miss.

Horton Hears a Who

Horton Hears a Who is a movie based on the book by Dr. Seuss’ book written back in 1954. The movie is about a kind elephant that think that a speck of dust floating by was crying for help. He tries to protect the speck of dust and all the neighbors begin to think that he is crazy. Featuring great voice actors, Steve Carell and Jim Carrey, this movie is a lot of fun for everyone.

Journey to Center Earth is great for kids above the age of eight and is a family movie that is full of adventure. It’s about a scientist, named Trevor Anderson, who finds out that his lab may be shut down. During the trouble he is going through, he forgets that soon his teen nephew named Sean is going to be staying with him. When he shows up, he isn’t thrilled about staying with Trevor, but as Sean begins to tell Uncle Trevor about his father, the two grow closer together. One of the books in the box Sean brings is called "Journey to the Center of the Earth" which is by Jules Verne. When the book is opened, notes are found written in the margins. The two end up going to Iceland on the adventure and they hire a mountain guide, Hannah. They begin exploring and what they find is incredible, including forests of mushrooms and various creatures. While the movie isn’t realistic, it’s definitely a lot of fun, but there are a few scenes in the movie that may be a bit scary to younger kids.

An Old-Fashioned Summer for My Son

Kids and Sports: Eight Strategies to Teach Kids How to Handle Disappointment and Lose like a Winner
Fun and Tasty Christmas and Holiday Desserts
Comment