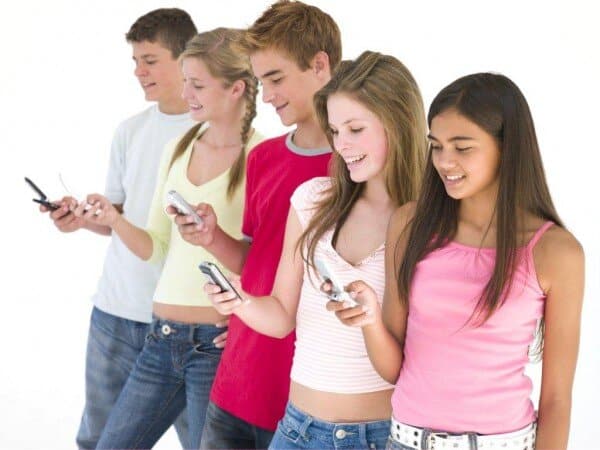 The debate over if kids should be permitted to have cell phones and at what age is it most appropriate to give kids cell phones continues to rage on throughout the world. Believe it or not, this debate has been in existence for just over a decade now. Despite the pros and cons associated with kids and cell phones, it has been established that most children receive their first phone prior to entering high school. Cell phones are becoming so popular among kids that certain carriers, such as Sprint, are actually marketing their mobile products to kids as young as five! If you are struggling with the decision to provide your kids with cell phones and/or the complication of determining what age is considered old enough for kids to have cell phones, you should bookmark this page and follow this series as we walk through the debate from our point of view.

Why is there a Debate over Giving Kids Cell Phones?

We all know and understand that cell phones are a highly beneficial method to keep in touch with others. These devices may be used at any time, in any location. Why, then, is there such a debate about giving kids cell phones? Is it simply a matter of age, or, is it more? As parents, we must consider all that is involved when a child receives a cell phone. This includes the phone and the overall well-being of your child. Before choosing to allow your kids to have cell phones, you must know and understand the potential consequences of this decision. For the purpose and intent of evaluating the decision, as a whole, we will outline in this series the benefits, as well as the disadvantages that come with a kid having their own cell phone.

In this particular installment of this series, we will start with the benefits associated with cell phones and kids. First and foremost, a cell phone offers a high level of convenience, you can visit https://www.conxhub.com/ for more information. These mobile devices will allow you to either call or text your kid at any time, in any location to check in with them and to relay important messages. Furthermore, if an emergency arises on your end or in the life of your child, the device may be utilized as a point of contact. For many parents, the decision to give their child a cell phone is based on these advantages, alone. Today, twice as many kids have these devices as they did in the year of 2004. In fact, 85% of all teenagers have a cell phone, according to a survey conducted by the organization known as the “Kaiser Family Foundation”. This survey also concluded that 31% of kids from 8 to 10 and 69% of kids from 11 to 14 have their own cell phones.

A teenager that has a cell phone has a unique sense of security in knowing that a parent, guardian, or other loved one is just a text or a call away. Throughout the history of cell phone usage among kids, many dire situations have been dealt with and/or prevented as a result of possessing a cell phone. For example, many kids have been able to prevent or report serious crimes such as attempted abductions, bullying, rape, school shooting, and other issues because they had a cell phone. Lives have been saved as a result of cell phone usage among kids and many worries have been eliminated because parents are able to check on their children quickly and easily through their cell phones. If your teenager is driving a car and you’re very concerned about their whereabouts, you can track their car without them knowing.

Next lets look at some of the disadvantages associated with kids being permitted to have their own cell phone.

A Cell Phone is No Longer Just a Phone

One of the main disadvantages of kids having cell phones is considered to be a huge advantage to kids; however, parents simply do not think so. That is the fact that a cell phone is no longer just a cell phone. These mobile devices have the ability to connect to the internet. As a result of this technology, children that have their own phones may now access social media platforms, video games, video platforms, movies, music, television, and basic search engines. While this level of technology is highly innovative, it could result in the following complications:

In recent years, many studies and evaluations have been performed that analyze the potential health complications that may be experienced by kids that consistently use cell phones. Many of these have resulted in numerous surprising conclusions. The following outlines many of the concerns that medical professionals have as it relates to cell phone exposure and use among children:

When, Then, Should a Child Be Permitted to Have a Cell Phone?

Now that you understand the potential disadvantages of cell phone use and the benefits associated with a child possessing their own cell phone, it is time to make a decision. Will you allow your child to have their own phone, eventually? If the answer is “no”, you are not alone. Millions of parents agree that kids should not have their own cell phones. If the answer is “yes”, when do you provide your kid with their own phone? According to specialists, there is no one certain age that is best. Each child is unique. You should consider your child’s level of maturity and their responsibility level more than their numeric age.

Many parents provide a kid with a cell phone because that is what they want. This should be completely avoided. You should only provide a cell phone to a kid that deserves and actually needs the mobile device. If your kid travels a lot, is active in school, engages in a lot of extracurricular activities, and spends a lot of time away from your home, they need an effective means of communicating with you. However, remember, despite their age, limitations will need to be set in order to ensure that the kid is using the mobile device safely and responsibly.

As a parent, you must weigh the pros and cons of providing YOUR child with a cell of their own. Do not gauge your child against other kids. YOUR child is unique and has their own needs. As a parent, you will know when the time is right for a cell phone to be provided to your kids. Only you can make that decision and no one else.

If you’re looking for what to get your child, check out these top smartphones in the world on Trouvo. If you have any stories you would like to share with us about kids and cell phones, please, feel free to write them up and send them into us or comment below!