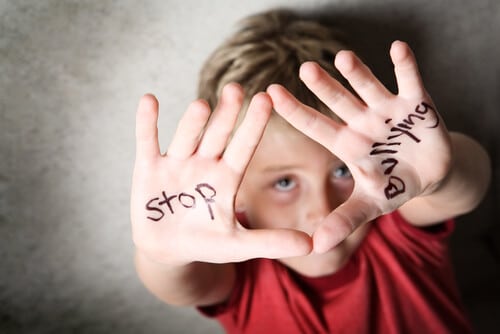 Bullying and Cyberbullying Results in Devastation

Throughout history, the traditional view of bullying was that it was a “rite of passage” in childhood. Many people believe that bullying makes a child stronger, mentally. Many of these same adults grew up quoting the ever-popular phrase, “Sticks and stones may break my bones, but, words will never hurt me.” The reality is, it has been found that words DO hurt. In fact, bullying is a highly devastating condition. Many students will avoid social events, lose a desire in attending school, experience low levels of self-esteem, suffer from high levels of anxiety, and experience depression. Many kids have suffered so immensely from bullying and cyberbullying that they have either attempted suicide or have taken their lives. Bullying – regardless of form – is not socially acceptable. That is what National Bullying Prevention Month in the United States is all about –teaching people that all forms of bullying are unacceptable and educating people on how to help themselves and others if bullying is a problem.

Cyberbullying – What is it?

We all know what bullying is, but, in recent years, there has been an increased amount of talk regarding cyberbullying. What is it? This is a form of bullying that occurs through electronic technology and gadgets. These types of gadgets include cell phones, desktop computers, laptop computers, tablets, and eBook readers. The bullying usually occurs through electronic communications. Examples include through social media platforms, text messaging, chat, as well as various other types of websites. Examples of cyberbullying include sending text messages that are considered to be mean or insensitive, sending emails of the same nature, posting information on social media platforms to hurt someone in some way, creating fake profiles to illegally represent and/or embarrass someone, or threatening someone through electronic communication platforms. Most individuals that are cyberbullied are also bullied in person. Unfortunately, the following issues go along with cyberbullying:

There are several new initiatives for National Bullying Prevention Awareness Month in 2015. These include the following:

Bullying is a highly challenging problem across the nation. Once believed to be a normal part of growing up, it has now been established that bullying is a serious problem that may wreak havoc in a person’s personal life, professional life, and academic life. October is National Bullying Prevention Month. You should become the voice of your community on taking a stand against bullying. There are many methods to support this cause. If you would like more information, visit the following website: http://www.stompoutbullying.org/index.php/campaigns/national-bullying-prevention-awareness-month/