More4kids
Add Comment
What is inspiration and what does it mean? children adapt to the environment and events much quicker then adults, and some of their reactions turn out inspirational to people around them. Here are some personal examples. 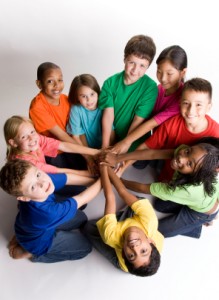 What is inspiration and what does it mean? It really is a result of an involuntary or sudden reaction to something that motivates or stimulates a personal reaction in the form of encouragement to do something out of the ordinary and having an everlasting affect on the witnessing person.

Bringing a child into the world in itself is an inspiration shared by couples that generates love, new stimulations for advancements, expected gratification and is in itself experiencing the miracle of life. Even before a child is born, the couple starts to plan for the short and the long term. This brings in new subjects of communication, decision making, sharing of ideas and above all a new level of excitement. The buzz in the house is all about the baby to come. Family and friends get involved and the celebration begins.

Now the kids grow up and start to take in and get exposed to their surroundings and all this time they are learning new things. As we all know, children adapt to the environment and events much quicker then adults, and some of their reactions turn out inspirational to people around them. I will write a few of my personal and family stories that I hope will serve as good inspirational examples.

I was born in a very small farm village with a body defect; I was club footed and my mother was distraught fearing what my adult life would be. There was no medical facility in the village and the nearest hospital was a couple of hundred miles away. My mother had never been to a school, but this illiterate farm girl was motivated. After talking to the village medicine man and some other older ladies of the village, decided to be my therapist and doctor and set her self up to massage my left foot with olive oil and some herbs everyday. Over a period of two years, a lot of massages and physiotherapy, my foot started to straighten. If you have the same condition, you might want to get help at Therapia. Today, I walk with perfectly straight feet and if I do not tell anyone, it is very difficult to know.

One day my wife and my son, who was three years old were walking in the mall when they came across a booth, where volunteers were collecting money for abused children. He was intrigued, so he turned around and asked mom as to what was going on. She explained what the collection was about and tried her best to answer a series of ‘Why’ questions and followed up with an example. He thought about it for a moment, put his hand in his pocket and drew up his own thirty five cents, walked over to the booth and put it in the box. He came back and told mom that we should always give money to abused children. To this day, whenever we pass a collection for some rightful cause, we always donate.

Another day, we were walking by the home for elderly care and the children saw two older people sitting on a bench and they looked very sad. We said hello to them and one them barely acknowledged. All of my sudden, our daughter walked over to them and asked as to why they were so sad? One of the gentlemen looked at this pretty little girl and broke into a smile. He told her that it was because nobody comes to visit them and talk to them and now she can see that he was smiling. The next day at school she told the story to her teacher and explained what the older person had said to her. She added that weekly trip should be arranged on a regular basis for all the children in her class to visit the old people. It started a new drive in the school and the administrators arranged groups of children to go visit the elderly home to sing and talk to them. A small experience and what she wanted to do turned big.

It is not unusual for children to come back from school one day after a class on health and turn to their cigarette smoking parent and confront them to provide reason for smoking. They inform the parent how they have learnt it is bad for health and people who smoke die early. The next thing that comes out is a real killer when they express how much they love you and do not want you to die, because it will make them sad. My children told me that they would not kiss me if I did not stop, because they now consider my mouth to be icky. This was enough inspiration me for to stop smoking.

Children inspire us all in small and big ways daily. Ever been to a track and field event in a school? It is usually a mundane chore for most parents. They are there because they have to bus their child home. The only parents yelling encouragement are those whose child is participating in that event and the rest of us just watch. Then comes a child, wearing a prosthetic leg and is last in the field. All of a sudden, the stand full of people are brought to their feet, who are now clapping or cheering for him or her , thus changing the entire environment thereafter. You watch on TV the Olympic event for the handicapped children or a slightly challenged child serving food in a church event for the homeless with a big smile.

These events give a new meaning to life to those watching, generating new impetus to forget their small woes and look at the bigger picture. It provides encouragement to not only other children suffering with the same challenges but also the older ones to be like that young boy who ran a mile with a prosthetic leg. Despite his challenge and coming last, he did finish. If the children can do it, why can’t they do it too?

Just yesterday on a TV program there was a twelve year old boy, who had been abused by his father and the other kids that he had no talent and that he was a loser, because he liked to dance. He decided that he was going to dance in this competition to show his classmates and dad what he could do? He literally danced for his life and brought the whole audience to their feet. It brought tears to me and my wife. In that one minute, he showed the world that if you put your heart to it and are able to discard what the people around you are saying, you can overcome any adversity and shine.

Children have forever and in all times been a source of great inspiration. They inspire parents to work hard and advance their careers by going back to school and getting a degree. They have inspired poets and authors to write books. Take the example of Walt Disney; he was inspired by his children to do something for them. What he did thereafter is a huge example of passion for magical creativity. He created a world within this world, where you see everyone highly excited and happy. Though he was inspired by his children, but his creativity brings happiness to a lot of people around the world on a daily basis.

Did you know that there were these two children, who were competing in a science fair at school became the idea donor for the Mars landing system application. The scientists had been twisting their brains for some time to come up with the design of a landing module. All it took was but a simple idea, of these two students, whereby they dropped a raw egg from a height of over twenty feet to make a landing without breaking or cracking its shell. They had a set of inflated balloons of a certain volume and pressure that when it fell on the hard ground; the force of impact was absorbed and did not transfer to the egg, thus keeping it intact.

Just as opportunities roll by in front of us all the time, it is the ones that we recognize and pay attention that will brings us some form of benefit. Similarly, it is what you hear and see children do at certain times that will potentially spark a feeling or an idea that may become a life changing event. So keep your eyes and ears open as well as the antennas out, my friends, for you never know when!

Biography
Shakeel Shaique is a father of three children and the husband of fellow writer Jennifer Shakeel. With three children ranging in the ages from 15 years to 7 months, each with their own unique personalities, I feel I have a lot to offer in the “information for parents” department. Professionally, I lead men, women and companies to improve and succeed. Personally I embrace the experience and challenges of being a parent of three amazing small people that inspire me to be a better person and a better dad each day. There isn’t a greater joy in this world then being a dad!