More4kids
Add Comment
Kids will be kids, but kids will never grow up to become responsible adults if they don't have some guidance. Here are some ideas to help you set limits so that your child/children will grow up to be responsible self reliant adults. 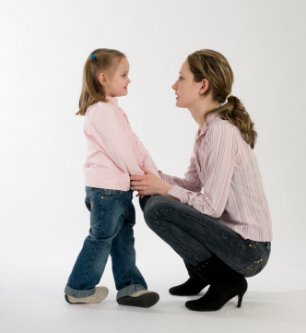 Yes, this is a fun topic. Trust me when I tell you that it is never too late to set limits, however the sooner you set them the better off you and your children will be. If it is possible to start training children in the womb I recommend starting there, but definitely as soon as they come out.

Now, I have friends that believe in letting children be children, that only through trying different things can they grow as people. I have other friends that have such strict limits on their children that I have yet to figure out how those kids breathe on their own. Then there are my other friends that fall in-between. My husband and I fall into that category most of the time. We believe that kids will be kids, but kids will never grow up to become responsible adults if they don’t have some guidance, but at the same time they have to be able to make decisions on their own and suffer the consequences in order to be responsible adults. So this week is geared towards that happy medium, to help you set limits so that your child/children will grow up to be responsible self reliant adults.

Establish a Set of Family Rules

As our children have and are growing the details of each rule is expanded. But we have laid a nice foundation.

Talk to Your Children about the Rules

You can’t punish them for not following the rules if they do not know what they are or understand them. Have a family meeting, sit down and talk to your children about the limits you have set, why you have set the limits and what each limit means. Yes, we all grew up with parents or friends who had parents whose philosophy was “Because I said so.” Most of us turned out okay… but we all know that the first thing a child says is “Why?” I recommend having an answer for them other then because you said so. If they understand why they have to follow a limit they are more likely to stick to that limit.

Set Consequences for Breaking a Rule

There is an old saying, “rules are made to be broken.” Well yes and no. Rules that have consequences that you have to pay when you break them have benefit. Rules that do not have consequences are pointless, and a waste of time. “Don’t lie,” is an excellent rule… however if your child lies and there is not a penalty for lying then what good is the rule? In our house we have the “Never lie” rule. Our children also know that they have one chance to tell the truth, the first time they are asked. If they lie, the punishment is worse then what it would’ve been if they had just fessed up to “breaking the window” or “who hit who first and why.”

Now… we have also explained to them that leaving out details also has consequences. There is a difference between lying and omitting facts. Our son is a master at this. He doesn’t lie and say that he didn’t do something, but he will conveniently leave out important details of a situation so that he does not look as guilty. Depending on the situation, there is punishment for that as well.

If you have a well thought out rule and a well thought out consequence to breaking that rule then you should not have to yell at your child. Yes, I am sure you are laughing at this right now. There are times that I laugh at it as well. Especially when your child continues to break the same rule repeatedly no matter what you do and now all you want to do is grab hold of them a shake sense into them.

Perhaps before you do that, what you need to do is take a deep breath and sit down with your child and ask them why they are continually breaking that rule. For us, we found out that the consequence to a particular rule we had did not “scare” our son. Yes, he knew the punishment but it was a punishment he was comfortable with. Meaning that he knew he could handle the punishment because there were other things he could do.

Include Your Child in the Rule Making

First you may be surprised at what rules your child believes need to be made, and you may be even more surprised at the consequence that they feel should be paid. Look, regardless of who you are, adult or child, it is difficult to adhere to rules that you feel you had no part in making. There are certain rules that when our children break them we ask them to come up with a punishment for what they did. It’s funny that they typically come back with a harsher punishment then what we would’ve given.

Know When to Bend the Rules

We have all had times in our lives when we have had to bend the rules, because the rule didn’t really apply completely to the situation. This holds true even with children. For example, if you have a do not hit rule… and you get a call from the school. Your child was in a fight, he/she hit another child. That is all you are told. You are furious. You pick your child up, get them in the car… before you start to yell at them or scold them ask them what happened.

You may find that while they did hit another child they did it only in defense. That the other child had already hit them, ask why. What was the reason the first punch was thrown. If it really wasn’t your child’s’ fault does he really need to be punished at home? Or is this a time that you can bend the rule? Make sure that your child understands that hitting is wrong, that there are better ways to handle difficult situations but you also don’t want your child to stand there and take a beating.

Yes, there are times to bend the rules… but there isn’t a time to forget the rules. If you have them, you have set them for a reason so make sure that you enforce them. And if your child breaks the rules make sure that you follow through with the punishment for breaking that rule.

A Simple Guide on Children’s Chores

Child Identity Theft – What All Parents Should Know

Staying Connected with Your Teen
Parenting Tips of the Week: Accepting Your Child for Who They Are
Comment