More4kids
Add Comment
Have you ever stopped and asked yourself where your child picked up a certain behavior or habit whether it is good or bad? A childs role model can highly influence their behavior, what is why it is important for them to find postive role models... 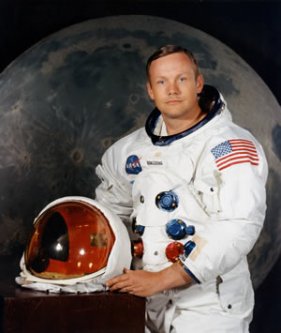 Have you ever stopped and asked yourself where your child picked up a certain behavior or habit whether it is good or bad? The answer is through the people around them. So in other words they are paying attention to what the people around them are doing. This includes you, your child’s siblings, friends, teachers and even the people they watch on television. Anyone that they look up to, a role model. Making sure that your child is influenced by positive role models will help them achieve more in life.

Look, when we were little we all had someone the we looked up to. Someone that we wanted to be like. If you were honest with yourself, I would bet that even as an adult there is someone you admire. These people were and are our role models. They gave us motivation to go after and hopefully achieve what they had, what we wanted. Mine role model was Neill Armstong. He taught me that there is no limits to what we can do. So, who is your child’s role model?

Naturally the very first answer we all want to give is ourselves. Which is why it is important that you set a good example for your child. Think about the television ads where there is a dad and son riding in a car and all of a sudden the son starts yelling at the car in front of them for being a “stupid” driver. Where did that child hear that? One of my favorite signs that used to be all over the city I grew up in said, “Racism is something that is taught, not something we are born with.”  Our children are clean slates, that we all have the incredible opportunity to mold into some of the most impressive people we have ever known.

Deal with your stress in positive ways. Part of being human means dealing with stress on a daily basis. Some days there is more stress then others. You don’t have to hide stress from your children, instead show them how to deal with it. Do you think Superman cried to Louise Lane when a big bad guy came after him?

Let your children know about your successes and your failures. I can not stress enough how important it is to for children to know that mom and dad are human and they have made mistakes and moved on anyway. Disappointments are just as much a part of life as successes are. Failing doesn’t make you a bad person, it gives you the chance to learn how to do something better.

A final tip for parents on being a positive role model for their children is to make sure you are involved in their lives. Talk to them about their day at school, what they learned, what they did. Know who their friends are. Know who your child is.

Outside of you, who are their role models. Take a look at who they hang out with, who they talk about the most, who they watch on television. If your children are like our 13 year then chances are greater then not that the Jonas Brothers and Miley Cirus come into play here. For our ten year old it is Michael Phelps and Brian Urlacker. All in all, they are decent role models. None of these people are routinely in trouble with the law, they actively reach out to kids their age and younger and talk about determination and the importance of staying on target to achieve goals.

Granted it took sometime to get the focus off of Sponge Bob, but we did it. It isn’t even that I want to say that cartoon characters aren’t good role models. There are a few characters and programs that are positive and they teach important lessons. For example on Discovery Kids there is “Growing Up Creepy” and “Grossology.” Both are positive shows, the first deals with being different, having a family that is different then everyone else and being comfortable with who you are. The second is a positive way of dealing with stress and problems that pop up in life, most of which are related to bodily functions, but it is a brother/sister team that saves the world in each episode. Completely realistic? No, not in the slightest, but is it better then having your children watch senseless cartoons that teach violence and bad behavior, I should say so.

If you are looking for positive role models to introduce into your child’s life start looking close to home. Perhaps there is someone that you know that shares a common interest with your child that could help them strive to be the best they can be. Then look into activities that your child enjoys. If it is sports, look at the sport and see if there is a well known person in the area that your child can relate to. Our son is a football fanatic, but one of the people he looks up to is Michael Phelps, why? Because Michael Phelps has ADHD, and he faced many of the same issues our son faces and yet he has gone on, stayed focused on what it was he wanted and achieved what no one else has.

You don’t have to look very far for positive role models. You are the best example that your child could ever ask for. It’s important that you are reinforcing at home what they positive role model outside of the home is teaching.

However, even if it’s been always a busy day for parents, you can still enjoy watching and betting for your favorite esports being played in some sites for esports betting.