More4kids
3 Comments
How many more poisonous toys will parents have to endure before quality is improved and recalls are stopped? Here is what we saw for Toy Recalls in 2007, what is happening in 2008 so far and what we can do to help protect our kids.... 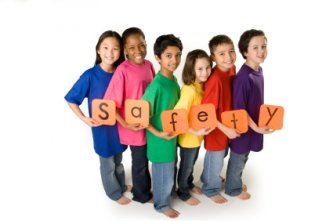 How many more poisonous toys will parents have to endure before quality is improved and recalls are stopped? At this point, we have no idea. 2007 was a year filled with stress for parents of young children, with the Aquabeads recall, warnings about magnets in toys, and the continual anxiety of not knowing whether that red toy is tainted with lead or not. Parents have a hard enough job without the additional worry of what we once took for granted: the safety of our children when they are playing under our supervision.

The big toy news in 2007 was lead paint and lead content. In America and most Western countries, lead paint has been illegal for decades, and though older buildings sometimes still have lead paint on walls, we had grown complacent about the things we buy in stores. We count on manufacturers and retailers to sell us quality items that are safe for all intended purposes – like going into a baby’s mouth.

Of all the recalls, the biggest loser and biggest shocker was Aquadots, little bead-shaped plastic pieces that, when moistened, stick together to form all kinds of nifty geometric shapes – like Lite Brite without the board. Common sense tells you that kids, when presented with a toy that needs moistening to work effectively, will use the most convenient source of moistness: spit. And the simplest application? Sticking the beads in your mouth, of course.

Unfortunately, the approved nontoxic binding chemical in Aquadots had been replaced without notice by the Chinese manufacturer with a cheaper toxic replacement that happened to be the precursor for a date rape drug. When children did the not-unexpected thing of swallowing some of the beads either on purpose or accidentally, the drug acted in their systems, putting at least four in the hospital with seizures and coma.

But there were hordes of toys recalled for lead paint as well. U.S. manufacturers don’t use lead paint when they make children’s toys, and had the same expectation of Chinese manufacturers. Unfortunately, we did not account for their cultures. Like many emerging countries, China may have product standard laws that look good on the books, but they have neither the infrastructure nor the knowledge to actually enforce those laws.

In addition, it has long been culturally accepted in China to have lead in cosmetics, medicines, and other very personal products; it probably didn’t seem like a big deal to just use cheaper lead paint in manufacturing toys to a Chinese executive. How bad is it? In one independent study, 26% of random Chinese products tested met neither Chinese nor American safety standards. And among imported goods in America, 38 of 39 products recalled for lead were of Chinese manufacture.

Add to the Chinese quality control problems some very poor decisions on the part of American toy designers. Why, when we know that two magnets in a child’s intestines can cause blockages and rupture, do American manufacturers still put improperly secured magnets in toys? And why did they fuse two parts together to make certain baby toys, instead of making them in one unbreakable unit? Bad design like this, shipped to Chinese manufacturers for production, made China look even worse. In fact, the vast majority of recent toy recalls have been due to design flaws, not poor quality control.

China is engaged in a massive PR project right now to save the reputation of the nation’s manufacturers. But so far this year, there have been 21 major toy recalls, from magnetic dart boards sold at the Family Dollar to the Baby Einstein Baby Neptune crib toy, designed for the youngest infant and a toy that this writer’s baby daughter happens to own. You can find a complete list here:

You’ll notice that there aren’t so many lead paint recalls to date this year, and that’s almost certainly because of the outcry against them. In addition, some of the recalls may be items that don’t concern you too much because of what causes the problem in the product. (I’m keeping the Baby Neptune because the problem is one I can easily fix myself.)

Yet the fact that there are so many recalls should be concerning. How many of the toys of this year and last year does your child have in his or her room? Worse, how many of them are owned by your child’s daycare or school, where they may not be checking recall lists so closely? You need to look everywhere for these items, and always check the recall list before shopping. Here is a list of the most recent recalls: http://www.cpsc.gov/cpscpub/prerel/category/toy.html

What You Can Do To Protect Your Child

Fair or not, the onus is on parents to do final product testing to keep their children safe. The following tips and your common sense will protect your sons and daughters.

Avoid toys painted with red paint; this is the most common color contaminated with lead. If you have doubts, pick up a lead testing kit, available at many places online, and check your children’s toys yourself. If you find a contaminated toy not on the CPSC recall list, email them and let them know.

Buy new toys, not toys sold at secondhand stores or yard sales. It’s hard enough to keep up with new recalls without going through twenty years of past recalls, and you’d be surprised at how many recalled toys find their way to a consignment shop.

Buy toys only from department stores, toy stores, and trustworthy online sources, not from dollar stores. Cheap prices to you mean paper-thin profits to the toy manufacturer, and the lower the profits the more tempting it is to break the rules around product safety. Also, dollar store toys often don’t find their way to the CPSC list; they are often one-shot manufacture runs that are immediately discontinued, so they aren’t on the market long enough to be recalled. Even better, shop at your small local toy stores, where you can chat with the proprietor and get a sense of how on top of toy recalls they are.

Do not assume cloth toys are safe. Last year, one of the Boppy pillow covers was involved in a recall involving lead paint. Check everything that comes in contact with your child.

Don’t overlook the big picture. With dozens of parents angry about this issue, we can have a real impact on the government. Already the federal government has announced more rigorous testing of imports at docks; with more pressure, we can get retailers, manufacturers, and government agencies working together to keep dangerous products out of our children’s toys to begin with.