More4kids
4 Comments
Teen Dating: Do you have a teen that is starting to date, or one that will be dating soon? Teen dating can sure be a parenting challenge. Here are some do's and don'ts. 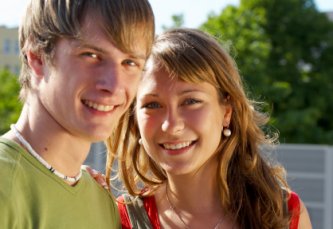 A young mom was talking with her 8-year-old daughter about her day at school when the daughter revealed she had a boyfriend. Mom, in her infinite wisdom said, “You are really too young to have a boyfriend. You should have lots of boys as friends at your age.” The little girl sighed and said, “I know, but when I am 14, I will be old enough to date.” Somewhat surprised by the comment, the mother asked her daughter what you do on a date. With no hesitation, the daughter said, “You have sex.” With all kinds of thoughts reeling through her head, the mother asked, “Where did you hear that?” The little girl told her mother she had heard it at school from her friends who heard it from their older siblings.

Are you shocked? That mother sure was. But, in reality, should we be surprised? Have you ever had a discussion with your teen about the purpose of dating or what you do on a date? In an informal survey of teens, many of them stated that they have never had a conversation with their parents about dating other than curfew and expectations concerning drinking and driving. Many parents have the belief, “nobody talked to me about dating and I turned out pretty good so what’s the big deal?”

Studies show that teenagers crave intimacy and adolescents are beginning to date at earlier ages. Today, the average age for a person to begin dating is 13. In 1924 the average age was 16. Research has shown that serious adolescent relationships before either partner is emotionally mature can have detrimental effects for identity formation and even life and health. Adolescents who are dating because of peer pressure or a need to belong can experience significant disappointment. Teen pregnancy, Sexually transmitted infections, broken hearts, and depression, are common themes for those who work with teens. It is estimated that 15 percent of teen suicides are due to the breakup of an unhappy dating relationship.

In this day and age, when teens are receiving mixed messages from many directions about relationships, having parents who are willing to engage in a discussion about dating smarts is definitely a plus.

In his book, The Six Most Important Decisions You Will Ever Make: A Guide for Teens, Sean Covey defines for teens the difference in intelligent dating and brainless dating.

“Intelligent dating is dating successfully, being selective about who you date, hanging out and having fun, remaining steady through the natural highs and lows of romance, and keeping your own standards. Brainless dating is dating ineffectively, dating anyone who has a pulse, becoming centered on your girlfriend or boyfriend, having your heart broken repeatedly, and doing what everyone else seems to be doing.”

Studies indicate that many of today’s teens are taking dating far too seriously. One out of three teenage girls report experiencing physical violence from a dating partner, yet many of them stay in the relationship stating, “But I love him,” or “A bad relationship is better than no relationship at all.” Instead of understanding that teen dating is about meeting many different people and that breaking up is not a sign of failure, they get caught up in believing they will find Mr. or Mrs. Right in high school. Truth be known, very few people actually marry their high school sweetheart.
Covey gives teens and parents six guidelines for intelligent dating, which would be great jumping off points for discussion:

Don’t date too young – Dating too young can lead to all kinds of problems including getting taken advantage of, getting physical too soon, or not knowing how to end a relationship.

Get to know lots of people – By getting too serious too soon you cut yourself off from other relationships. Don’t be in too much of a hurry to have a girlfriend or boyfriend. Date a lot of different people, chat with girls online and have fun.

Date in groups – It is often more fun and there is safety in numbers.

Set boundaries – Decide BEFORE you start dating what kind of people you will date. Decide what is off limits and don’t let anyone change your mind.

Have a plan – before you go on a date have a plan.

Teaching teens dating basics early on can save then a lot of heartache. In addition to parental discussions, adolescents can also benefit from healthy dating relationship skills classes that teach the fundamental components of establishing healthy and stable interpersonal relationships with family, friends, dating partners, and eventually, husbands and wives. These classes teach adolescents to recognize important factors in healthy relationships and, hopefully, make thoughtful decisions about their relationships before entering into marriage.

To find out more information about relationship skills classes for teens visit firstthings.org
Julie Baumgardner is the Executive Director of First Things First, an organization dedicated to strengthening marriages and families through education, collaboration and mobilization. She can be reached at julieb@firstthings.org

Here is Sean Coveys book: The Six Most Important Decisions You Will Ever Make: A Guide for Teens