More4kids
4 Comments
Whats a parent to do? The Christmas season is upon us and Santa may not make very many children happy this year. It seems there is almost constantly a new toy recall. Here is a recap or 2007 and where you can get the latest toy recall information... 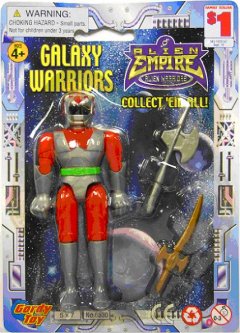 Whats a parent to do? The Christmas season is upon us and Santa may not make very many children happy this year. If there is a particular toy that your child wants and it is on the recall list, he or she is going to be very disappointed Christmas morning. Some toys are on hold and haven’t been shipped to the U. S. yet and some are sitting in ports waiting to see what is going to happen with them.

Not only are these children not going to get the toy they want, they may be getting rid of some of their favorites too. Recalls on Fisher Price, who is a subsidiary of Mattel are rapidly climbing as more problems are found with either lead based paint being used or small magnets that can be swallowed.

Dora, a favorite for every little girl is being recalled due to lead based paint being used. Sesame Street is on the recall list as is Polly Pocket, Barbie, and Easy Bake Oven. If you have purchased any of the toys that are on the recall list, these toys should either be returned for a refund of your purchase price. If you do not want to do this at least
throw them away to keep your little ones safe.

Although China was where the recalled toys were manufactured, the problems may have started with toy manufacturers wanting their toys made as cheaply as possible. Since their main goal is to make money, shortcuts were taken and now it may be children who pay the price. Toy makers are understandably concerned. However, is it the profits that they may not realize that they are concerned about?

Mattel has recalled the highest number of toys. August 1, 2007 they recalled 1.5 million preschool toys due to dangerous levels of lead. Again, on August 14, 2007, another recall of 18 million toys for magnets and lead levels that were dangerous. Now, just this past Tuesday, another 844,000 toys were recalled due to lead levels above the recommended amount. 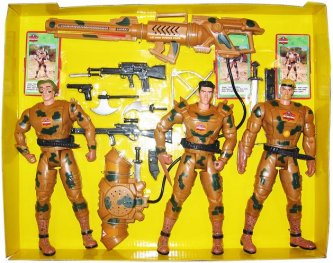 Over 700 factories in China that manufacture toys for distribution to other countries have had their licenses either revoked or suspended due to the recent recall. Guandong Province, which exports the largest number of toys, is under fire to improve their facilities and the quality of the product they export. 1,726 toy factories were inspected and 1,454 were not up to par. That’s 85 percent of the factories. They were inspected by 200,000 quality supervision administrators for all the products they make for exporting. Not only were theinspections for toys but foods and medicines as well.

Following the inspections of the toy factories, 764 had their export licenses suspended or revoked. 690 were put on warning to improve the product quality of the items they manufacture. The latest industry figures show that Guandong Province exported 11.9 billion dollars in toys in 2005. Despite these figures, administrative officials in China insist that only 1 percent of the toys exported have any problems. The reputation of China’s toy manufacturer’s is suffering as more and more people start to watch labels and take a second look at anything that says ‘made in China.’

Due to the volume of recalls recently, some store owners are worried about the impact this will likely have on Christmas sales. Not only will the recalls affect the number of toys that will be exported. The number of exporters having had their licenses suspended or revoked will drastically limit the number of toys available for the Christmas season. Some manufacturers have told the companies they ship to that they either will not get any more toys or the ones that they get will not arrive until December 15th. This could have a dramatic affect on what is available for the Christmas season.

How can you keep up with the recalls, especially since the year is not over yet? The best place is the US Consumer Product Safety Commision  They have also setup a page setup for just toys and another for all other non toy child products .