More4kids
Add Comment
Do you have a difficult child. Rest assured you are in good company. Many children, especially toddlers can be extremely strong willed when it comes to behaving nicely. Parenting a difficult children should be viewed as a challenge, and handled with care and affection...

Would you say that your child is difficult to handle? Well, it may be a bit reassuring, but you are not alone. 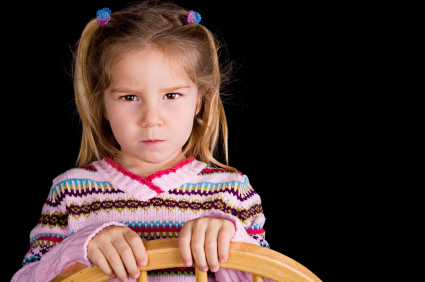 Many children, especially toddlers can be extremely strong willed when it comes to behaving nicely.

Take six-year-old Kristal for example. One second Kristal is very sweet and cooperative, and then the next moment she may suddenly turn very angry and defiant.

The smallest things tends to set her off, especially unexpected changes, food she doesn’t like, or having to go somewhere with her parents. She literally throws tamper tantrums every half hour or so. Does this sound like your kid?

Let’s look at little Scott as another example. Scott is a nine-year-old, a very bright kid that lives in a great family setting with wonderful parents. The problem with him is that he has a very short fuse and often acts before he thinks.

Anytime things do not go his way he starts yelling loudly, calling people names, and will even hit other kids. This behavior is not limited to any one particular place. In fact, Scott will act wildly like this both at home and in public.

Do any of these kids sound familiar to your own? Does the above behavior scenarios remind you of your own children’s strong willed actions? If your child or children resembles any of the above two examples, then fear not because you are certainly not alone.

Having worked in the local school district I have seen hundreds of kids every year whose parents and teachers described them as difficult, stubborn, rude, or just totally impossible altogether. These are all children that had extreme behavioral problems and were frustrating both to the teacher staff and especially to their parents.

You must understand that your child’s strong willed behavior is not a conspiracy on his part to make everyone’s life difficult. They are simply doing what argumentative strong willed children do. These children tend to push the limits further, test harder, resist longer, use more drama, scream louder, all more than the normal child.

Statistically speaking, school teachers have labeled these children as the small 10% of the students that cause 90% of the school problems. Parents see these same children as their life-long challenge, a pain, an unknown negative force in their lives.

Personally speaking, I view my strong willed child as a challenge. I know he will grow up to be a good person and well behaved. And because of my affection and care for him, I use a lot of tender and patient parenting when dealing with his “difficult” problems.