More4kids
1 Comment
Parenting and Raising Boys vs Girls. Is there really a big difference? Boys and girls both present their own unique difficult challenges while you are raising them. 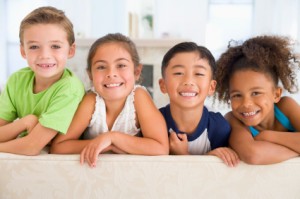 If you are expecting a baby, you have a new baby, or you already have several children of your own, you may be wondering if there really is a difference between raising boys and girls. Is there really such a big difference there or is it actually the ideas that we get from society as to how each gender should be raised? In reality, when you think about which gender is harder to raise, usually your ideas are skewed based upon the child who is causing you frustration at the time. In fact, you’ll find that boys and girls both present their own unique difficult challenges while you are raising them.

Every Child is an Individual

First, you need to realize that every child, whether boy or girl, is an individual. The personality that your child is born with has a big impact on how difficult it is to raise your child. Of course, your influence and their environment also plays a role in their development. From birth, every parent usually deal with girls and boys in a different way. While all of these factors combine together to make up your child, there are no hard and fast rules that can be used on girls or boys, since every one has individual traits.

Of course, while every child is different, there is a difference in the development of boys and girls. Each gender develops at a different rate. Girls grow and their bran develops differently than boys. According to researchers, parents often raise boys and girls differently because of these differences in their development. From birth, girls and boys seem to be wired different, which leads to different types of parenting on the two genders. In the end, these differences in development really shows that the debate regarding the gender that is harder to parent has no real answer. It all depends at the stage in development you are looking at and the specific actions and situations that you are dealing with as a parent.

When it comes to discipline, this is one area where boys are often more difficult to deal with and girls are a bit easier. There is actually a reason behind this though. Studies have shown that from birth girls have better hearing and boys don’t have hearing that is quite as sensitive. Girls have hearing that is more sensitive and their brains develop verbally faster as well. This means that girls respond faster to discipline, while boys are not as verbal and may require more than just a verbal warning from you when you are disciplining them.

Personal safety is an issue when you are parenting and most parents report that this is an area where girls are easier and boys are more difficult. Boys are usually more aggressive and tend to be more physical. Their brains enjoy pleasure when they take risks, which can lead to problems with their safety. Usually parents have to keep a close eye on boys, since they naturally take more risks. However, while girls can be easier to deal with here, it’s a good idea to encourage girls to take a few more risks than they usually do.

When it comes to healthy self esteem, boys tend to be a little easier. Often it is girls that have a more difficult time and it’s tougher to parent a girl when it comes to this issue. Every child needs to develop a good self image but girls are more likely to deal with a lack of confidence as well as insecurity. Although body image can be a problem for some boys, usually it is females that have more of a problem with their body image. This means that parents need to send healthy messages about exercise, diet, and body.

As you can see, there is really no evidence to show that parenting one gender is easier than parenting the other gender. There are challenges to face whether you are raising boys and girls. Of course, the challenges often occur at different times and over different issues, which may make some parents think that one child is easier for them to parent. Often it is boys that are more difficult to parent in the beginning, but once the preteen years come along, this often switches and the girls usually become me difficult to parent. Instead of focusing on which gender is easier to parent, it’s a good idea to focus on specific challenges of each gender and learn what you can do as a parent to get through these issues so you can do a good job parenting either gender. 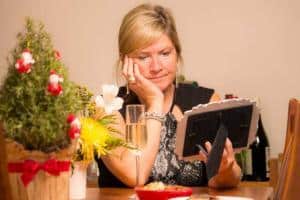 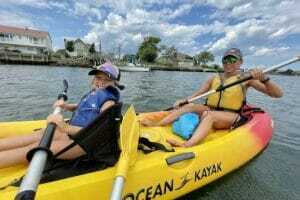