More4kids
Add Comment
How can we as parents help our kids? How can we guide our teens to becoming self reliant and independent? Here is what three psychologists had to say.

Guiding Your Teenager to Independence and Self-Reliance 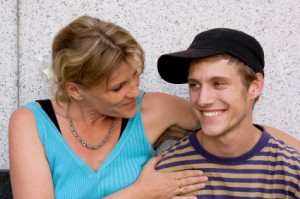 As your teen grows, he or she will begin to move in a direction that makes them more independent.  They will begin to rely more on themselves and less on you.  For some parents that is difficult and for most teens it is quite tough, but it is a necessary part of becoming an adult.  Growing up means growing apart in many ways.

The question then becomes how can we as parents help our kids?  How can we guide them to becoming self reliant?  I asked three psychologists who work with teenagers and families to weigh in on this issue.  Here is what they had to say.

“Adolescence is where parents reap what they have sown during the earlier years,” says Katie McCorkle, Ph.D., family and child psychologist and founder and CEO of Balanced Heart Healing Center (www.balancedheart.org). “If they have allowed independent thinking and respected the child’s wishes on important matters throughout childhood, the teenage years will be an easier rider for both parent and teen.  If parents have made all the decisions previously (and thus fostered dependence), teens are more likely to assert their independence in ways which don’t please the parents.  It’s all about bi-directional RESPECT in the relationship, and focusing the teen’s attention on who they really want to be, and how in/consistent they are being in expressing that in their daily life.”

McCorkle offers these tips for parents who want to guide their teens to independence.

Alexa Foster, Ph.D. of Off the Couch Psychology in Mission Viejo, California and the parent of two teenage boys, is a clinical psychologist who works with many teens and parents.  Teen independence is a topic that comes up often and she provides direction to parents so that they can keep their kids on the right track.

“With regards to specifics, such as paying rent at home, when to encourage jobs, etc., these are often context related,” says Foster.  “However, if a teen has 1) become non-productive or is 2) exploiting parents’ desire to provide for them and failing to contribute back, parents will need to make home life less comfortable.  At this point, tough love is needed and that will likely include paying for room and board and getting a job.”

Dr. Stephen Trudeau of Human’s Guide (www.HumansGuide.com) works with teens in his psychology practice in Westlake Village, California.  He stresses to parents that a teen can not be expected to become independent over night.  Instead, it should be a gradual transition that allows the teen to learn how to be independent a little at a time.

Trudeau says, “As with most life skills, it helps if the demands are not too great or too soon.  A teen who has had a cushy lifestyle and is then demanded to pay rent, and take care of themselves can easily falter.  Progressively adding responsibilities allows for a period of adjustment.  Think of the responsibility of riding a bicycle safely:  First comes the training wheels, then when they are off, the parent holds on  to the back of the seat and gently guides them until they feel they can try it on their own.  A new rider is pretty wobbly but soon gets the hang of it.  Same for teens, when they first take responsibility for themselves, they are a bit wobbly but with enough practice they will get it right.”