More4kids
Add Comment
One of the most important jobs a parent has is to teach his/her children to have self control. This is an ongoing job, it doesnâ€™t stop after they are 4, self control is something that needs to be reinforced through out your childâ€™s development.. 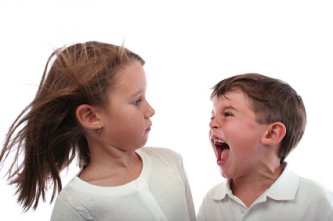 One of the most important jobs a parent has is to teach his/her children to have self control. As a parent you want your child to be able to openly express their feelings without throwing a temper tantrum, throwing things, biting or hitting. Understand that this job is ongoing, it doesn’t stop after they are 4, self control is something that needs to be reinforced through out your child’s development so that as they grow, at each stage they know how to best handle a situation. Unfortunately, this is job that I feel many parents today are failing at.

Before you get upset at the last statement think about the last time you were in a store or at a restaurant and heard a child throw a temper tantrum, yell at their parents, cause a scene… I am willing to bet that it was within the last 24 hours, and that you didn’t just witness one incident like this, but two. Now, delve a little deeper, when was the last time your child caused a scene or acted out? I am not perfect, I am not going to sit here and tell you that my children have never done something like that before. I can tell you that the last time it happened though was a long time ago.

Do not kid yourself into thinking that such behavior is age appropriate and then let it go. The reason that children act out like that is because they have not been taught self control. The do not know how to express themselves in a productive manner. You have to teach them. Children that do not learn self control are more inclined to act without thinking about the consequences to their actions. Which means that they are more inclined to impulsive behaviors and negative consequences.

This isn’t just the two year old that threw themselves on the floor in the middle of the department store because they couldn’t have the toy they wanted. This includes the 10 year old that takes a gun to school because they are mad at their friends. This includes the teenager that throws their life away because they decided to do something that felt good or sounded fun at the moment. This is the adult who can not live a productive happy life because they are so driven by their own wants and desires they live to fulfill those by any means necessary.

The plus side is, is that it is never to late or to early for you to start teaching your child self control. Okay, so you let the toddler years go by… start today, whatever the age of your child, even six months old.

Believe it or not self control teaching starts the very first time your baby cries out and you respond. Many people falsely believe that you can spoil a baby by constantly responding to their cries. Research, however, shows that if you respond predictably to the cries of your baby, as they grow they will cry less. A baby only has one way to communicate all of their needs, which is crying. As a parent it is your job to pay attention to the cry and learn what they cry means and respond accordingly.

As they move into the toddler years, the demanding years, you should naturally expect your child to have very little self control. This is due in large part to the fact that toddlers get frustrated because they are not able to communicate their needs effectively or because they are to little to do what they want. To help your toddler, you might want to consider keeping them on regular schedule, so that they are getting the right amount of sleep and snack and meals. Pay attention to your child for signals of tiredness or hunger.

Another benefit to the toddler years is that they are easily distracted and easily redirected. I am sorry, but I am not one of those mothers who let her toddler yell and scream at her when they wanted something. I would look at them and say, “When you calm down enough to tell me what it is you want I will listen to you.” They would cry and yell again, I would repeat the same thing. The third time that they would yell and cry I would look at them and say, “If you would like me to help you, you have to tell me what it is you want. I can’t understand all of the screaming and crying.” The entire time I would sit there or stand there with them and keep eye contact with them. As they would start to settle down I would ask them what it was they wanted using multiple choice. “Do you want such and such….” In the end I would say, “Wasn’t it much easier for you to use words with out crying and screaming so that we could get what you wanted?” By the time they were three and four they would come to us crying, we would hold them and they would calm down and tell us what was wrong or what they needed without us having to say much of anything.

Part of learning self control at this age is learning what is acceptable behavior. Throwing, hitting, biting and acting out are unacceptable. My tactic for this is simple. It is a one, two, act tactic. Let’s take biting for example. The first time one of our children did this we told them biting was unacceptable and they shouldn’t do it again. The second time they were again told that it was unacceptable and if it happened again they were going to get bitten. The third time I picked up their arm and bit them. You may think I am evil for that, but children need to know when a behavior is wrong, they need to know what it feels like to have the same thing done to them (as they are less inclined to do something they know doesn’t feel nice) and they need to know that there are consequences to their actions.

This is the age where they are going to be interacting with other children their age. So teaching your child how to communicate their feelings is important. Teaching them the appropriate ways to handle conflict is important. For example, they are playing with a friend and they both want the same toy. The friend gets it and your child acts out, tries to fight with the friend. This is not acceptable, here you need to step in and teach them self control. Don’t yell at them, or justify their behavior.

Tell them that instead of fighting and losing a friend they can offer to take turns with the toy. Or show them another toy that is just as appealing so that they can play together. Encourage your child to talk before acting. If need be, tell them that walking away from a situation to “cool down” and then come back to the situation.

My favorite ages, because by now your child is able to understand their own feelings. Which means when they behave a certain way you can ask them why they acted that way. This is important for two reasons. One you get to understand the reason behind a behavior and second they get to see what caused them to do what they did so that you can talk about it. Offer a more positive way to handle what they were feeling so that a more desirable outcome could’ve been achieved. This is where you want to stress that it is important to think about what you are going to do before you do it. I should clarify this, they need to understand how to think about the consequences to their actions.

I am enjoying this age group as well. By now your child should be able to control most of their actions and behaviors. But now they have the added pressure of the peers. This is where it is vitally important that you have established an open relationship with your child. You want them to talk to you about what is going on in their lives, situations they run into, what their friends are like. While you hope that your child knows what is acceptable and what isn’t, it is completely different when they are surrounded by their friends. So when it comes to issues of self control your child has to be able to think about the consequences of their actions long term. Not what is going to happen when they get home and you find out, but what does this mean to them for the next year… or two or three.

The underlying theme to teaching self control at any age is that children have to learn and know that there are consequences to their actions. Both good and bad consequences, but consequences. Your job as a parent is to teach them how to obtain more positive consequences then negative ones. Which means you need to pay attention to your child, know your children and follow through on what you are trying to teach them.