Get out and Vote: Election 2008 Tuesday November 4th 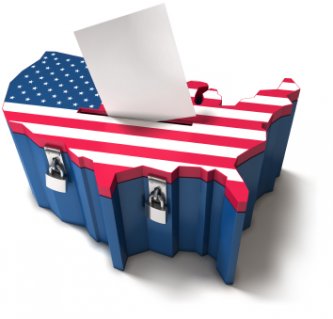 At More4kids we are not only business owners, but parents as well. Like many of our readers we have been hit very hard this last year and the last several years. With so many families struggling and in desperate need for help in this economy, this year is more important than ever to vote. As parents it is also important to remember that we also vote for our children, and their future.

Let’s try to cut through the rhetoric and the negative campaigning we have seen this year to get right to the issues. It’s important to understand where both candidates stand on the issues and feel confident in them to carry out their plans. Economy, Jobs and Health Care are in my opinion as a parent the most important issues this year.

We keep on hearing from our readers that keeping jobs in America and creating new ones needs to be a priority to stabilizing the economy. So is healthcare critically important. I am blessed to have fairly healthy kids, however many families are not, or a parent may have a chronic disease. For example, I have asthma and some reflux that has increased over the years and costs have continued to go up as less is covered. This eats into parents pocketbooks and what choice do we have?

There are several issues we have not heard much about. One issue I wish candidates would address is credit card interest rates. For example, while traveling, due to mail and timing I had missed a credit card due date by a couple days. The bank did not think twice about raising my rate to over 20%. A year ago one could simple change to a different credit card company, not so today with the credit crunch. To me it’s unconscionable for a bank to do this to a good customer. I admit it is my fault, but this is happening to people all over the country. This is compounding people’s financial situation and tipping many into the red and looking at the first time at bankruptcy.

No matter what a person’s situation is this year, or their political beliefs, it is important to vote. I enourage everyone to do so. There are pluses and minuses to both Senator Obama’s and Senator McCain’s plans. Try to clear your mind of emotion and rhetoric and do some digging to get your answers.

So with that said, what issues are important this year and where do the candidates stand on the issues? There are many websites that claim to compare the plans, when doing so, try to make sure they are faily independant and trying not to advance their own agenda or politcal candicate. Here are a few websites to help compare the issues:

Obama vs. McCain on Health Plans

Here is a recent transcript from an interview I just saw today that CNN’s Sanjay Gupta had with Douglas Holtz-Eakin, the McCain economic adviser and Austin Goolsbee, the Obama economic adviser:
http://transcripts.cnn.com/TRANSCRIPTS/0811/01/hcsg.01.html

Webmd has a concise comparison between the candidates plan:
http://www.webmd.com/election2008/comparecandidates

Here are a couple sites I like to look at to try to figure out fact versus rhetoric:

Finally check out this site that shows what the candidates have said on issues and their voting record
http://www.ontheissues.org/

We here at More4kids encourage you to get out and vote. This year there is too much at stake not to. So just do it, get out and vote!! If you don’t then you have no right to complain about who win’s on Tuesday or the future of your children.

Note: we have tried to contact both the Obama and McCain campaigns to submit their views on how each of their Candidates would help and directly impact families. We have not heard from either one. We would love for example to hear more specifics about what Governor Palin plans to do for families of disabled children, or what Senator Obama plans to do in reforming our educational system and early education for children.