More4kids
2 Comments
It started out as a simple project, write letters to the people I love. It ended up becoming a cherished heirloom for my children.

It started out as a simple project, write letters to the people I love. It ended up becoming a cherished heirloom for my children. I had a writing project and, after writing the article explaining the process, I wrote a few letters to include as examples. It was supposed to be very cut and dry, get in and get out then move on to the next project. But I could not move on. The words kept swirling in my head, tugging at me heart. I have lived with this need to write. It isn’t as if I have a choice, there is something deep inside me that drives me. I have to write.

But something was moving inside me this time, something different. I sat down, pen in hand (yes, I still use a pen and paper for recording many of my thoughts) and began to write. At first they were thoughts, impressions. Soon, however, they became letters. They became letters to my children.

When I started, it was a rather generic letter that I could send to all three of my children. But as I wrote, the letters became unique for each child. It was as if they had taken on a life of their own. I first wrote to my daughter, Micah, a sweet, loving girl. She would do anything for you, never complaining. She is always smiling and likes to make others smile as well. She loves animals and is in a special program at school for animal sciences. She wants to be a veterinarian.

The next letter I wrote was to Jeffery. He is my oldest and is my gentle giant. Standing at 6’5″ and 270 pounds, he has a heart that is even bigger than he is. He also has an artistic ability that is absolutely phenomenal. Ben, my youngest, is sensitive and creative. He taught himself to play the guitar and now plays for our church. He writes beautiful, deep songs and loves to discuss a variety of topics. He really enjoys talking with people who challenge him and stretch his intellect. He is also extremely compassionate.

These are the things that I highlighted in each child’s letter. When I gave them the letters, they each got teary eyed. Micah keeps her letter in her vanity drawer, Ben keeps his in his “treasure box” while Jeffery keeps his by his bed. The letters were and are very special to my children and you can write your own, creating a special, loving keepsake for your own children.

Write from the Heart

Don’t worry about using flowery language or saying all the right things. Just write from your heart. Write what you feel, what moves you. Sometimes it is easier to write the things you want to say to someone than it is to say them. Speaking the words is good, but if you can’t say them at least write them. What you communicate to your children is more important than how you do it.

Think about the things that make your child special. What are the good things about them? Is your son sensitive and caring? Is your daughter very artistic? Highlight their strengths and encourage them to pursue those things. Let them know that you notice their special gifts and talents and that you appreciate them. Build up your child, encourage him or her to reach higher.

Tell them your Hopes for their Future

Let your child know that you have hopes for their future and explain it to them. This does not mean you should tell your son that he should be a doctor or your daughter that she should be an attorney. Encourage them to follow their dreams and to do the things that make them happy. Talk about the things that you child enjoys doing and how those things can be turned into a career or at least an enriching past time. Talk about their passions, their hopes, their dreams. If you don’t know those things, then maybe your letter can be about getting to know each other better.

Let them know you Accept Them as they Are

As you write, let your child know that you accept him or her. When you accept someone just as they are, when you give them unconditional love, you are giving them the greatest gift of all. Your child deserves that from you. They may not be like you, may not have the same interests (and it is OK to talk about these things in your letter) but in the end, that is still your child and you still love him or her unconditionally.

Let them know that you Love Them

You may think that this goes without saying. The truth is, many parents forget to let their children know how much they are loved. Include in your letter that actual words, “I love you.” So many times children feel forgotten, unheard, uncared for. Let them know that you love them, through the difficult times as well as during the easy, fun times.

Write in your own Hand

Don’t type your letter to your child. Write it in your own hand, using your own words. A typed letter or printed card may be nice, but a handwritten letter has a very personal touch that will mean so much more. It will speak volumes to your child, even if they don’t say much or register much emotion at the time.

When you give your child their personal letter, it doesn’t need to be done with a lot of fanfare. You can hand it to them, very simply and quietly. If you aren’t comfortable with that, try leaving it on their pillow or in a place where they will find it. You can even put it in a envelope with their name on it. The point is to give the letter to them, to get the message to them. The method is not really relevant.

Finally, know that when you give your child the letter, they may not react – at all. Sure, their eyes may get misty, but they may also just walk away. Know, however, that a seed has been planted. If communications between you and your teen have been difficult or strained, this could be a first step in getting your relationship back on track.

Biography
Stephanie Partridge is a freelance writer and photographer as well as a FOIA analyst for a federal agency in Washington, D.C. She is a single mom to Jeffery, 19; Micah Elizabeth, 17 and Benjamin, 15. 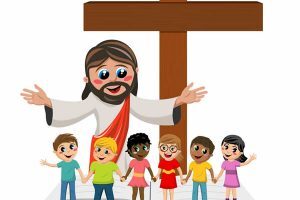 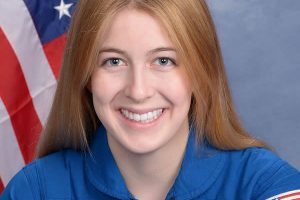 Homeless in America – Children in Need
Hope for a Child: Love without Boundaries
Comment